Do we need to develop an interest in clothes if we have a solitary job? I walked in three artists’ studios and spoke with another one over the Internet to see how they work and what kind of working clothes they choose to wear.

Located in a former industrial area of Bucharest, the space can be reached in Bucharest (Romania) by bus no. 112 or by car. The building was established in 1952 as a space where sculpture, ceramics, textiles, glass or engraving workshops could take place. With the passing of time, the workshops have been replaced by some advertising agencies, printing shops or commercial venues.

In 2017, the atmosphere of the building returned to its roots. Nicodim Gallery rented a large space for exhibitions and Sandwich Gallery did the same. Around them, artists started to rent studios and organize events there.

I visited Cristian Răduță’s studio one day, a space built from scratch three years ago.

„ I didn’t want to dedicate my full time just for the space because I needed to stay connected with my artist work. But the building process came with some benefits too. Working with specific materials can bring out ideas that you can connect to the artistic practice.”

He said that many things he found in the building have been reused – serigraphy series, old frames or pigments have gone into the making of the walls or in his works. The seasons have also influenced work at the studio. During the winter, Cristian improvised a sort of stove:

“Because of the cold, I chose to do smaller activities. I made plans and felt like home. You isolate yourself in a space that’s under construction, you bring some wood, start a fire and then start your daily job. In the summer, my routine changed. The space was connected with nature, you could hear the sounds of birds, and behind the studio a lot of vegetation had grown. Living in the center of the city, between apartment buildings, has made me enjoy working in a natural setting a lot more.”

He’s trying to keep up with a schedule, but at the same time, he has to communicate with people and attend meetings. He would like to stay isolated in the studio all day long, but he cannot.

Cristian Răduţă has been working since 2006 and he now works with Alexandru Niculescu, Silviu Lixandru and Daniela Pălimaru at the Sandwich Gallery. Having the studio near the gallery keeps him connected to the world.  “Art is a selfish thing, you stay and work for yourself. A gallery is made for people, for the community. It’s a place where I can talk to them and where they can change my mood.”

Cristian is not attached to them and does not prefer something in particular for working in. He buys and wears normal clothes.

He knows that many artists use the theme of clothing to bring out memories or some feelings and he remembers he once used some boots in his work. While staying in Rome on an art scholarship, he had a pair of boots which he cast in iron as a reminder of all the walks he had made in that city. The artwork was heavy, for instance a single boot mold was 65 pounds.

He did not have the feeling that clothes would influence the work process. “Maybe that would be the idea: to not influence, to seem as though they do not exist.”

Otherwise, to him “wearing” means to show. “I think it’s an image you want to share with others. He believes that clothes today don’t offer information about social status, like it use to be in the past. Right now, the clothes we choose to wear probably reveal to others our evolution over time. Besides, the place and the environment we live in unconsciously dictate how we dress. Ultimately, I try not get attached to clothes, though many bear with them all sorts of memories.” 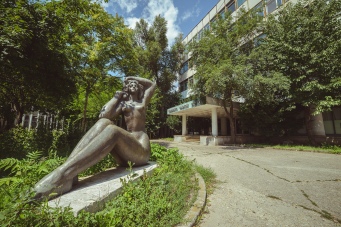 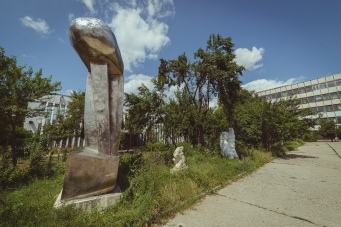 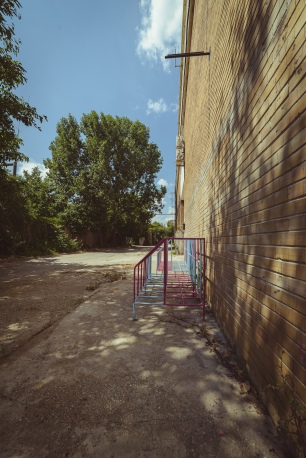 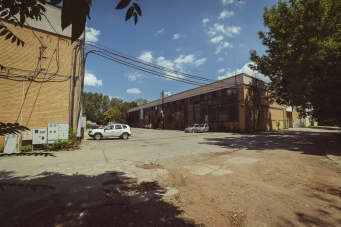 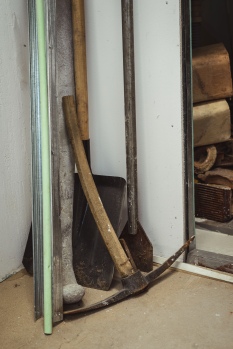 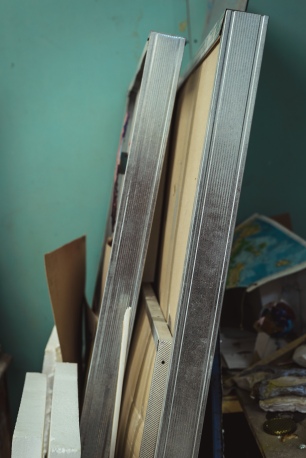 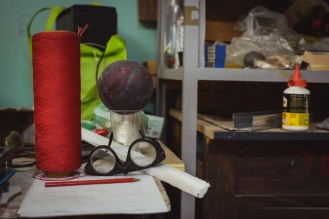 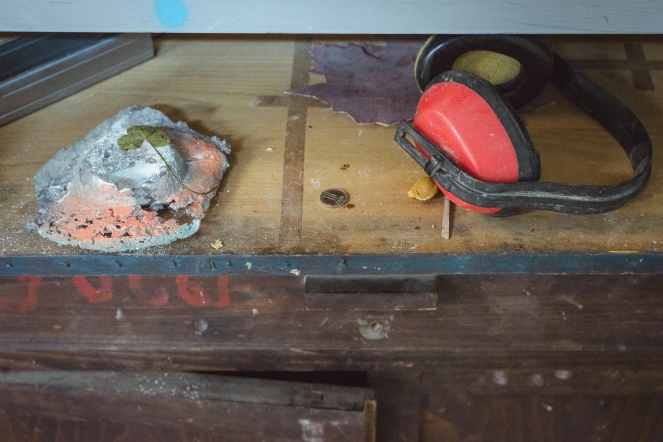 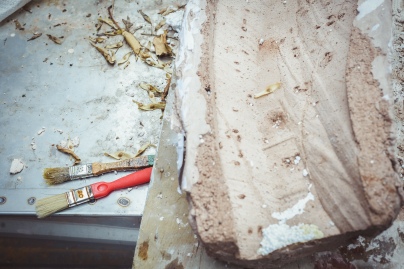 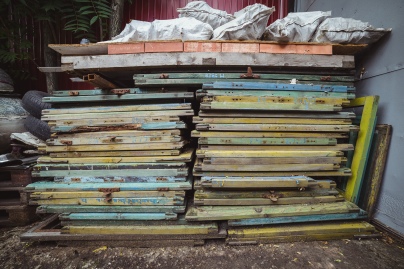