Do we need to develop an interest in clothes if we have a solitary job? I walked in four chefs kitchen to see how they work and what kind of working clothes they choose to wear.

Imagine a gas stove with a large hob on top. It had four gas burners and a pot for boiling pasta. There was a feeling of warmth coming from all around you. That was a small part of the kitchen Radu first worked in as a cook. It was in 1998 when he smelled tomato sauce mixed with thyme and oregano for the first time. He still feels the smell when he thinks back to that kitchen.

His first years as a cook were a continuous discovery: managing a kitchen and learning Italian. He remembers one time his chef asked him to bring in a bunch of tomatoes and instead he came back with eggplants, due to his limited grasp of the language. He also remembers his moments of fascination for lambs carcasses, when he used a pair of small scissors for  the ribs and the small bones. He smiles and says people have shown him a lot of patience.

“Now, after many years of practice, I can tell right away whether someone has potential in this field, from the way they peel an onion. If they do it fast and then still ask for something else to do, that’s a good sign. You cannot become a cook If you don’t have a curious personality and are not willing to experiment. Working well with others matters a lot. We spend 12 to 14 hours a day together and time goes by faster if we develop a good relationship.”

If anyone had told him in his youth that he would become a chef, he would have gotten into a serious argument with them. Now, looking back at his life, he feels proud of his job.

Radu has not switched many kitchens as a cook and he spent at least five years in each. He believes he has been lucky to be working with people who were constantly concerned about what they were doing, people he could talk to a lot, especially after preparing complex dishes.

Radu likes to feel cosy when he works. A normal day starts with coffee and stories. The best feeling he has is during winter, when it’s cold in the kitchen and you need to wait between five and ten minutes for everything to be set in motion. There’s a lot of math and and a lot of details in his cooking process. “I make spreadsheets for each refrigerator we have, I keep a record of the products, I note down every ingredient we lack: -1, -2, -3 products, then I leave a summary for my team with all the things we need for the next day.

As a chef you have to be prepared to work in fast forward. There is always something new on the market: products or tools that help you prepare a meal faster and cut down your work from 48 hours to 6 hours. I take many phone calls daily, I see, smell or taste produce because I am constantly looking for healthy products for my customers. And last but not least, I am constantly looking for techniques that save time and allow my team to work cleanly.”

No cook keeps track of how many hours he spends in the kitchen and around it. Radu says he comes in to work around nine o’clock in the morning and he leaves at midnight. “If I felt the need to count the hours, I would not feel passionate about my work anymore. I feel absorbed by what do in the kitchen and I lose myself in it. Otherwise I’d quit, I would not make it through the day.”

I asked him if the verb to wear has any special meaning to him. He replied that he associates it with carrying something forward with respect. Regarding the clothes he wears in the kitchen, he only uses cotton garments, cleaned and ironed.

“I like to feel cosy when I work and that’s why I invest in my clothes. Most of them are bought from a French store and I usually buy 10-15 pairs of shirts and pants, all at once. For me, the most important part of the working outfit is the pair of shoes, and I buy them from a German store. They have a special type of sole that’s made out of cork and they dampen the fatigue that always accumulates. Without this type of shoes, I would not be able to stand at the end of the day.”

He believes his clothes do not influence his methods for cooking or working. “When you let yourself be influenced by clothes, tension or nerves, you cannot pull off cooking successfully. You have to only focus on what you are doing.” Instead, Radu feels attached to people around him. “At the end of the day, I take home their details and the stories we shared. I like to be conscientious in my profession, and to build a team of people that appreciate quality.” 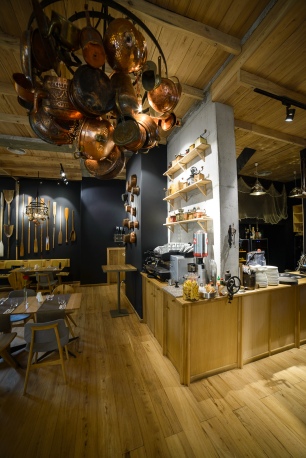 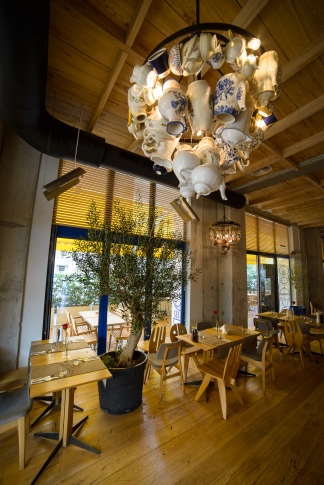 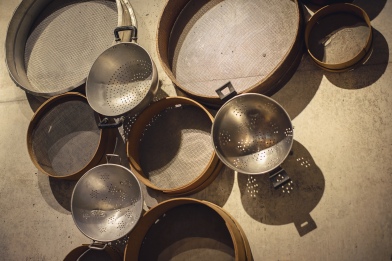 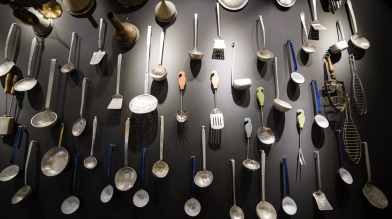