The first date is important to us, especially when we think we might have found the right person. We spend a lot of time in front of the mirror, in front of our wardrobe and we overthink the outfits.

So I made an experiment. I wanted to find out whether three couples involved in long relationships still remember their first date in detail – their clothes, their attitude, their thoughts. Then, when they moved in together, whether they chose to wear pretty clothes around the house, or they were influenced by the other’s style.

Iulian had not been interviewed for a long time when he accepted to meet a reporter in a bar, four years ago. Isabelle sat on the couch where she opened up Facebook, on an ordinary day. They weren’t friends, but they had one friend in common, Claudiu Popescu, the one who took the photos for the reporter’s interview. She read Iulian’s interview on Claudiu’s wall, shared it and tagged Iulian. Iulian was surprised by this and sent her a friend request. Their first interaction was in the comments of that post.

“We spoke online non-stop. We were both eating fast and then returning to our laptops. I didn’t work and didn’t do much else during those days. There was no break, except for the few hours we slept at night,” Isabelle recalls.

After a few days, Iulian suggested a date. He was DJ-ing in a club and he invited her to a party. Isabelle brought a friend, and their agreement was that if the date goes bad, she would give off a signal and they would leave the party together.  “But it wasn’t the case,” he adds.

At that party, he wore a dark purple shirt and a pair of tight jeans. Isabelle says she was confused about his aesthetics. Iulian was clean shaven all over. He steps in and says that this ritual helped him avoid sweating. She wore a black skirt, stockings with suspender belt, and a dark green sweater. She wanted to look sexy, but he didn’t care because it was winter and cold outside – that’s what he says now.

Iulian suggested they go on a second date. At the last minute she canceled, so he assumed she was not interested. The story behind that is a bit different, though.

“I wanted to look beautiful, so I tried on a new face cream. It instantly gave me a serious allergic reaction, so my entire face was red when I sent him an SMS. He thought I wanted to cancel the date, but I had a serious problem. At the last moment, I used a green foundation cream, and went out to meet him anyway. “Basically, she set her face on fire”. Iulian says, looking at her.

Since they’re in a relationship…

Iulian wears the same uniform almost every day – a shirt, a t-shirt underneath it, a pair of pants, and a sweater if it gets cold. The details, the fabrics, the shape of the clothes,  they all became important to him. Isabelle bought him some of the clothes. She saw potential in Iulian and tried to show him other perspectives in clothing, and to convince him to get rid of bright colors and jeans. At first, he resisted her suggestions. He had never imagined himself wearing long coats or giving up his hair ritual. ”He used to check on the shape of his hair in every shop window he passed by.”

Iulian didn’t buy clothes then and he still doesn’t buy them now. He only has a box with 10 T-shirts, 3 pairs of trousers, 5 shirts, 2 windbreakers, 2 pairs of shoes, 2 traditional shirts, and a coat. He prefers to spend his money on vinyls.

Isabelle is the exact opposite. When they met she was always shopping for clothes, especially for sales.

Since they’ve moved in together…

Isabelle sold part of her wardrobe.

When they moved in together, Isabelle’s house was packed with clothes. Tensions started to rise in the mornings, when she got ready for work. Iulian remembers that she would take out all her clothes from the dresser, and after she’d decided what she was going to wear that day, she would leave utter chaos behind. After three months of trying the diplomatic approach, Iulian told her that a change was needed. She reluctantly started to sort out and sell part of her wardrobe.

After four years of relationship, Isabelle only buys clothes for certain events or special contexts. She only wears dresses. Because Iulian is a DJ and often travels around the world, Isabelle learned how to be efficient from him, and how to match clothes that fit in a small bag.

Iulian in turn learned about clothes, fabrics and designs from her. She’s a designer, so he admires her for her style and for her education.”Thanks to her, my fashion IQ has increased.”

Also, they decided to do an experiment for the future. Since they’re spending so much time at home, they’ve decided to wear their best items there, because it’s a special time spent together and they should feel special in their home clothes.

Regarding clothes and firsts dates, they believe that people should not force themselves to dress special on their first date. ”Clothing should make us feel good, natural. Many people end up dressing in clothes the cannot pull off.” 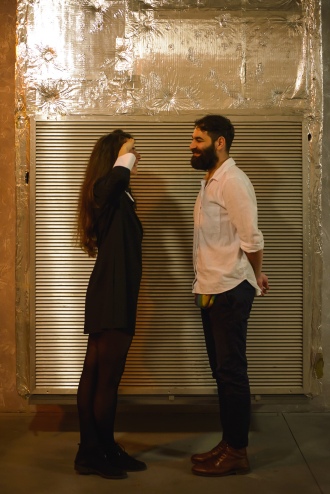 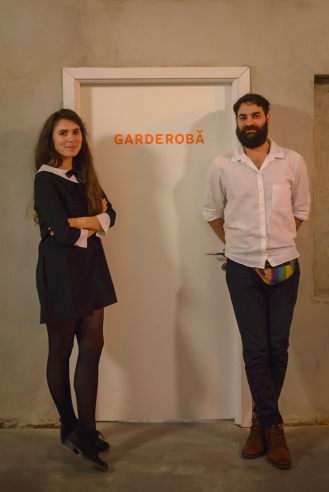 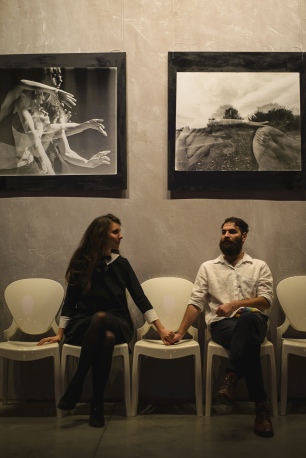